Anthony Joshua fits ‘NOWHERE’ in Tyson Fury’s future plans, insists Frank Warren, who says the Gypsy King is pursuing ‘bigger and better fights’ – but claims he would pit him against Joe Joyce or Daniel Dubois

By Oli Gamp For Mailonline

Anthony Joshua has been told he fits ‘nowhere’ in Tyson Fury’s plans for 2023, with the Gypsy King’s promoter Frank Warren putting him to the back of the queue – and saying he will have to fight Joe Joyce or Daniel Dubois to have a chance.

Joshua hasn’t fought since August, when he was beaten by Oleksandr Usyk for a second straight fight as he failed to win back his three world heavyweight title belts – seeing a undisputed bout and British showdown against Fury go up in smoke in the process.

But Fury then revived his hopes by offering him a shot at his WBC belt despite his high-profile defeat, with Joshua accepting and their two camps holding lengthy negotiations. But the two parties could not agree terms – with Fury getting increasingly frustrated and putting time limits on talks, before walking away.

Fury went on to face Dereck Chisora on Saturday night instead – dominating the veteran in their trilogy bout at the Tottenham Hotspur Stadium before securing a 10th round stoppage, and he’s now targeting either a scrap with Joyce or an epic clash with Usyk.

And Warren made it clear that Fury is not interested in facing Joshua after his client cantered to victory in north London.

‘Nowhere,’ he told iD Boxing when asked where Joshua fits in Fury’s plans.

‘We’ve got better fights to put on now. He had his opportunity and as I say we have bigger and better fights.

‘I have no problem making him against Joe Joyce or Daniel Dubois if he wants to make his way back into the top table.’

Fury goaded Joshua all the way through negotiations, calling him a ‘coward’ in a series of videos tearing into his rival and before he took on Chisora he vowed to never face him in the ring.

‘No, there’s no glamour in fighting a coward, none. I don’t fight cowards, I only fight real men,’ he said.

And he continued the barbs after beating Chisora comfortably, claiming that it ‘should have been Joshua’ in the ring and that he allowed his close friend to take a beating instead of himself.

‘Nope,’ he said when asked if he could face AJ. ‘Because the man’s a sausage and it should have been him here tonight – but he had poor old Derek take a good hiding again stepping in his boots.’

Fury then went on to unleash his fury at Usyk, who had stepped towards the ropes alongside Joyce, and called him every name under the son before vowing to ‘end’ him next year.

‘I already done one Ukrainian in [Wladimir] Klitschko didn’t I? And I’ll do you as well, gappy teeth.

‘You ugly little man. Lets get it on b****. You may laugh now but I’ll end this lil sucker. I’ll end you. You little sucker. What are you gonna do? You’re gonna do f*** all you little sausage.’

Champions League draw: Ranking the round of 16 fixtures

Chiefs defense down a man after starting LB gets suspended 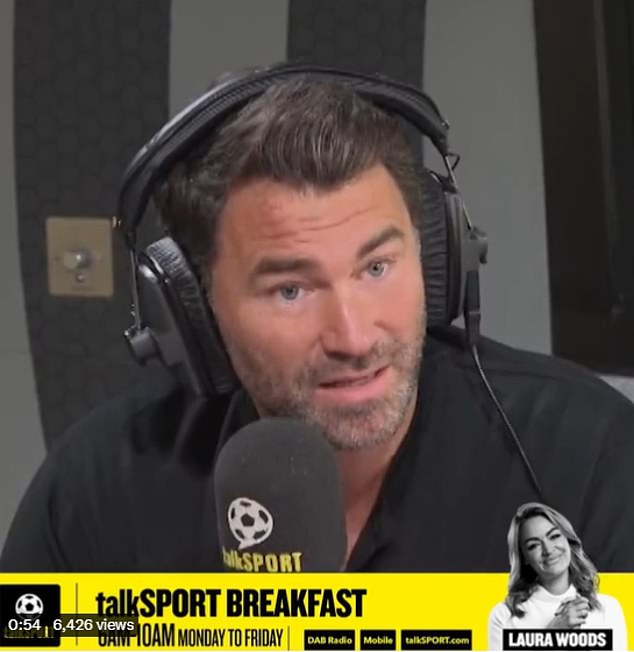