Can you be too shredded?! Chris Eubank Jr displays frighteningly LEAN physique and proves he made weight for catchweight bout with Conor Benn despite his opponent failing a drugs test and cancelling the fight

By Samuel Draper For Mailonline

Chris Eubank Jr proved he made the weight for his cancelled fight with Conor Benn, in a photograph that showed how dangerously lean his physique is.

Eubank Jr’s catchweight bout with Conor Benn was scheduled for Saturday night, but was postponed after his opponent tested positive for clomifene, a banned substance.

One of the major talking points coming into the fight was the 33-year-old’s weight, as the former middleweight and super-middleweight agreed to weigh 157lbs to take on welterweight Benn.

Eubank Jr also agreed a rehydration clause for a second weight limit on the day of the fight – taking him to about 167lbs on fight day.

So on Saturday – the date of the fight – Eubank Jr posted a video on Twitter to prove he had done this comfortably.

He posted a video of him weighing 159.3lbs, with the caption: ‘If I say i’m going to do something I do it #RehydrationClause #EubankJrBenn #60PercentBaby #100PercentClean’.

A later image of him looking very lean indeed was labelled: ‘Workout done. Time to put the lbs back on.’

The fight between Benn and Eubank Jr was meant to be a continuation of the legacy of their fathers Nigel Benn and Chris Eubank, who fought twice in the early 1990s.

However, the plans fell apart when the British Boxing Board of Control (BBBofC) said they would prohibit the bout because of Benn’s positive test for clomifene.

Promoters tried to overturn that decision, but ultimately, the fight was confirmed off on Thursday afternoon.

Soon after that announcement, Eubank Jr tweeted: ‘Conor got caught using an illegal substance so the fight is off. Can’t believe it. I really apologise to the fans & everyone that bought tickets, traveled & booked hotels, this should not of happened. He has escaped his schooling… for now.’

Eubank Jr has a 32-2 record, most recently defeating Liam Williams by unanimous decision in Cardiff in February 2022.

Everything you need to know about Jay Wright retiring from Villanova, NBA rumors and more 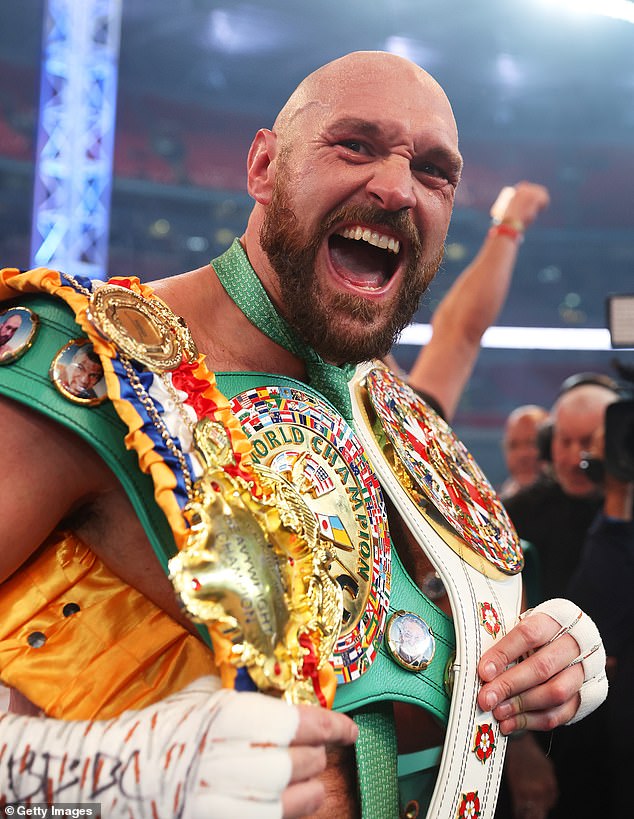