By Ben Willcocks For Mailonline

A furious Joe Weller was forced back by security after attempting to square up to KSI during the Londoner’s weigh-in for his two fights on Saturday night.

KSI, whose real name is JJ Olatunji, weighed in at 180lbs on Friday night ahead of his weekend bouts against rapper Swarmz and professional fighter Luis Alcaraz Pineda at the O2 arena in London.

The YouTube star has not fought the ring since his high-profile rematch against Logan Paul in 2019 – a fight which KSI won by split decision.

Whilst speaking to broadcaster DAZN, KSI spotted Weller walking past and taunted the 26-year-old, saying: ‘Why is this man… why are you standing like that?’

It prompted Weller, who was beaten by KSI in 2018, to charge at the internet celebrity in a fit of anger, forcing security to break the pair apart and prevent a potential brawl.

‘He’s always hated me. I’ve knocked him out once and I’ll knock him out again. Why is he at this event? Why did he get accepted?’

Despite gunning for a fight with KSI, Weller later admitted his rival should win both of the bouts with relative ease.

He said: ‘It’s easier than one six-round fight. He’s doing two three-round fights, that’s nine minutes of boxing and he should batter both of these guys easily.

‘One of them (Swarmz) is a rapper and the other is shaking, the Mexican guy, so I think he’s comfortably going to knock them out and he should.

KSI heads into the weekend one pound heavier than Pineda and 20lb lighter than Swarmz.

New Nets forward Royce O’Neale will cross anyone up, even his own mother

Seahawks draft plans could be targeting this quarterback 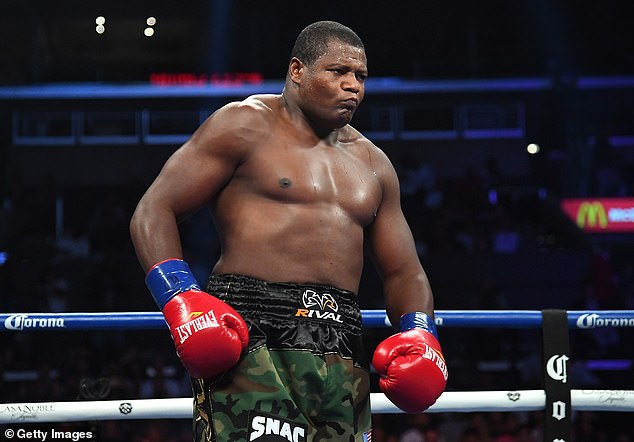