2022 has to be the season Scott Frost gets his Nebraska football program turned around.

One would think that in year five under Scott Frost, the Nebraska football team should go bowling.

Despite never winning more than five games since leaving UCF once his alma mater came calling, Frost should have his best team in Lincoln to date. Nebraska may have gone 3-9 (1-8) a season ago, but the Cornhuskers never lost by more than nine points in any of their nine defeats. This is why with a few lucky bounces, this team could go 6-6, possibly be a win or two better than that.

So coming in at No. 50 on FanSided’s Preseason Top 50 Rankings, the Nebraska Cornhuskers!

Last season’s story for Nebraska was largely defined by how its Week 0 game vs. division rival Illinois went. The Cornhuskers lost a thriller to the Fighting Illini in Champaign in Bret Bielema’s debut as head coach, 30-22. Though Nebraska would blow out Fordham and Buffalo in the non-conference, another narrow loss to former Big Eight rival Oklahoma only further set the tone.

After a seven-point defeat in Norman, Nebraska fell in overtime to Michigan State to close out September at 2-3. While Nebraska throttled divisional foe Northwestern in Lincoln to start October off on the right foot, the Huskers did not win a game for the rest of the season after that. From Michigan to Iowa, Nebraska lost six straight conference games by no more than nine points…

Three players from last year’s Nebraska team were selected in the 2022 NFL Draft. Cam Jurgens and Cam Taylor-Britt went in the second round, while Samori Toure went in the seventh. Although 17 players have either entered the transfer portal or have committed to a new school since the end of last year, no loss is bigger than Adrian Martinez going to play quarterback at Kansas State.

Even though Nebraska only has technically three returning starters on offense, keep in mind the Cornhuskers were a 3-9 football team a year ago. They still have Omar Manning at wide receiver and Rahmir Johnson in the backfield. Bryce Benhart is expected to man right tackle again. Turner Corcoran is still on the team, but he could move inside after spending last year out at left tackle.

Trey Palmer joins the Nebraska receiver corps after playing three seasons at LSU. Kevin Williams makes his way to Lincoln after having graduated from Northern Colorado. The Omaha native is the cousin of Gabrielle Union. And of course, the biggest transfer the Huskers picked up on offense is former Texas quarterback Casey Thompson. He split starting time with Hudson Card just last year.

Even though he is replacing a long-time starter in Martinez, the hope is Thompson will be a more consistent playmaker at the quarterback position than his Nebraska predecessor ever was. Not to say Nebraska was this close to being a 9-3 team instead of a 3-9 squad, but the Cornhuskers were more competitive in Big Ten play than most people would ever want to give them credit for.

On paper, the biggest reason to be bullish on the Huskers this is year is how many starters they return on defense. While they no longer have Taylor-Britt or JoJo Domann in the secondary, they still have Quinton Newsome at cornerback, as well as a bevy of talent in the front-seven. From Ty Robinson in the trenches, to Luke Reimer and Nick Henrich at linebacker, this unit is looking up.

Devin Drew joins the party in the Nebraska front-seven, as he transfers to Lincoln after spending the last two years at Texas Tech. He was initially a junior college standout before committing to the Red Raiders in 2019. Tommi Hill is expected to be an impact starter in the secondary for the Cornhuskers after playing his true freshman season at chaotic Arizona State over in the Pac-12.

As far as a player to keep an eye on, linebacker Luke Reimer is expected to have a breakout season during his junior year. He was a starter on last year’s Nebraska defense. Playing alongside many of the same players as a season ago on the Blackshirts defense, Reimer could be a candidate to be an all-conference player, as the Cornhuskers push towards the elusive mark of being bowl eligible.

As expected, Reimer is on the list to win the Butkus as the best linebacker in the country. He is also in the mix to bring home the Lott, too. While the Cornhuskers have never had a Lott recipient in the award’s short history (2004-present), they have had one linebacker bring home the Butkus. That would be none other than current Nebraska athletic director Trev Alberts. He won it in1993.

Keep an eye on Ochaun Mathis to be in consideration to win the Nagurski. The former TCU edge rusher transferred to Nebraska only a few months ago. While he is not sitting atop the defensive depth chart in Lincoln, look for the Cornhuskers to use him effectively. The only Blackshirt to ever win the Nagurski was Ndamukong Suh. He did so during his unforgettable 2009 college season.

Sophomore Brian Buschini is up for the Ray Guy, which goes to the best punter in the land. Even if Nebraska wins more than three games this year, the Cornhuskers may still punt a ton. If Buschini were to win the Ray Guy, not only would he be the first Nebraska player to ever receive the award, but he would be the first Big Ten player to win it since B.J. Sander did it at Ohio State back in 2003.

Looking at Nebraska’s 2022 football schedule, the goal is to get to six wins and finally achieve bowl eligibility. There are maybe eight winnable games on the schedule, if all goes according to plan. Perhaps the biggest either-or game is the one coming right before their bye at Purdue. The Boilermakers are a fringe top-25 team, so stealing a game from the Spoilermakers would be huge.

The best-case scenario for this year’s team is probably 8-4. They are not beating Oklahoma in the non-conference but should defeat North Dakota and Georgia Southern. If Nebraska starts out hot and beats Northwestern in Dublin, Indiana at home and Rutgers in Piscataway, that is five wins before the Purdue game. A win in West Lafayette has them at 6-1, and ranked, heading into a bye.

If Nebraska can win at Ross-Ade, then the Cornhuskers should be able to beat Illinois at home with an extra week of preparation in a revenge game from last year. At 7-1, Nebraska might have enough momentum to win one of their final four games to close the regular season out at 8-4: vs. Minnesota, at Michigan, vs. Wisconsin and at Iowa. 9-3 is possible, but 8-4 is infinitely more likely.

Alright, let’s say it hits the fan for the Huskers in 2022 … well … because they are Nebraska. Is another painful 3-9 season on the horizon for Big Red? Let’s not count on it, but there is a path for Nebraska going a dismal 4-8, leading to Alberts being left with no choice and canning the former Cornhuskers quarterback. It all starts with the Week 0 game vs. Northwestern across the pond…

Since it is an even year, that means Pat Fitzgerald’s boys could be mighty feisty. If Northwestern wins in Dublin, Nebraska could be 2-2 heading into its first of two byes on the year. From there, let’s say they split the pair between Indiana at home and at Rutgers, so the Huskers are 3-3 heading into the pivotal Purdue game. A loss to the Boilermakers leads into a rough second half.

While Nebraska could still find a way to beat Illinois at home based purely on emotions, that will be all she wrote for the Huskers, as they are not winning their final four games. To be fair, the Michigan and Wisconsin games will be tough and probable losses anyway, but another season coming off the rails means a likely loss to Minnesota and another fat L to Iowa on Black Friday.

So what extreme is more likely? 8-4 seems pretty rich, but this defense may be too good to be a 4-8 team. Assuming the offense takes a step forward under new coordinator Mark Whipple, and Nebraska should finally do what was once improbable and go bowling, baby! The Big Bang Theory curse is no more! Time to grab yourself a Cinnabon and celebrate with a little bit of extra Frost-ing!

Nebraska goes 6-6 (4-5) with wins over North Dakota and Georgia Southern in the non-conference. While drawing Oklahoma certainly doesn’t help, the Cornhuskers are fortunate to not play Ohio State, Michigan State or Penn State out of the Big Ten East this year. Nebraska gets Big Ten wins over Northwestern, Indiana, Rutgers and Illinois to taste sweet, delicious bowl eligibility.

Nebraska football players will no longer be openly mocked in broad daylight, so this is a success!

You know what? Why the hell not?! Just because Martinez transferred to K-State doesn’t mean he’s done breaking Nebraska fans’ hearts again. That’s because Nebraska will absolutely, 100 percent play Kansas State out of the Big 12 in the Guaranteed Rate Bowl on Dec. 27 at Chase Field. In a battle of 6-6 teams, only one guy who played quarterback at Nebraska will be victorious. 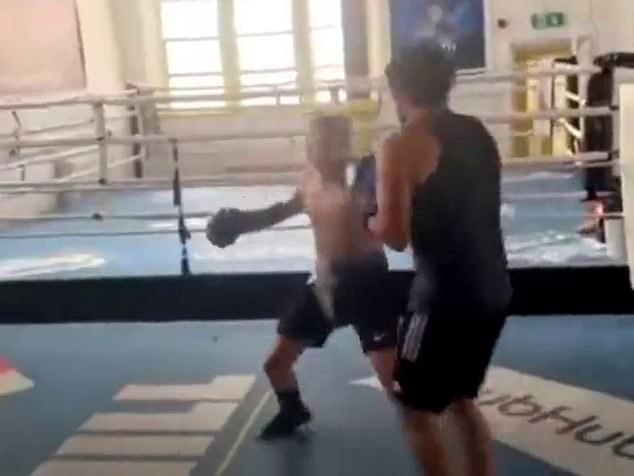 Top 5 individual offensive performances of the NBA season so far