If the Washington Commanders are trading wide receiver Terry McLaurin, the Green Bay Packers could stand to benefit from Terry’s bevy of talents.

Davante Adams left Green Bay in search of greener pastures, and he found them with the Las Vegas Raiders. Aaron Rodgers also got what he wanted in the lucrative deal he inked to remain in Green Bay, yet still, there’s something the Packers weren’t able to buy: someone to replace Adams.

Tyreek Hill already made his move to the Miami Dolphins, and high-caliber NFL wideouts aren’t exactly easy to come by. The Packers are notoriously dormant when it comes to splashy offseason acquisitions, but here’s a solid one that makes too much sense: trade for Washington Commanders wide receiver Terry McLaurin.

It remains to be seen whether or not McLaurin will leave D.C., but as of now, he’s holding out from mandatory minicamp as he negotiates for a better contract. And McLaurin deserves it, too: despite being the only part of the Commanders offense that’s truly worked in the last three years, McLaurin has only been paid about $2 million for his contributions. McLaurin is slated to earn a total of $4 million by the end of the season, but it’s not enough — and the Packers to could capitalize on this divide.

McLaurin would elevate a Chiefs offense without Tyreek Hill, and that’s with a roster that boasts former Packers wideout Marquez Valdes-Scantling. With Adams gone and Rodgers in town to cement his Hall of Fame legacy, the wide receiver situation is a cause for concern in Wisconsin.

Sammy Watkins joins his fifth NFL team after a 394-yard season with Baltimore, and the veteran roster doesn’t improve much after that. Allen Lazard and Randall Cobb remain, and the Packers invested their second-round pick on Christian Watson, an enticing NFL legacy add. Watson is expected to shine, but none of this is guaranteed to cover for the league-leading target share that Davante Adams boasted while in Green Bay. Scrapping together several receivers isn’t going to have the same impact as the Rodgers connection with Adams — but connecting with Terry McLaurin just might.

According to NFL.com data analyst Cynthia Frelund, McLaurin is “the most underrated receiver in the entire league.”

“McLaurin earned the third most yards of separation on all routes run in 2021, per computer vision. His ability to run the complete route tree has led to him compiling the fifth most yards on in-breaking routes (angle, in, cross, post, slant) and the 11th most on deep passes since entering the league,” per Frelund.

The Packers need someone to compliment Rodgers the way Adams did during two MVP seasons, and McLaurin needs to be paired with a generational talent who can bring out the best in his game. Everyone’s a winner in this trade — even the Commanders stand to gain if they trade McLaurin and continue revamping their entire franchise. 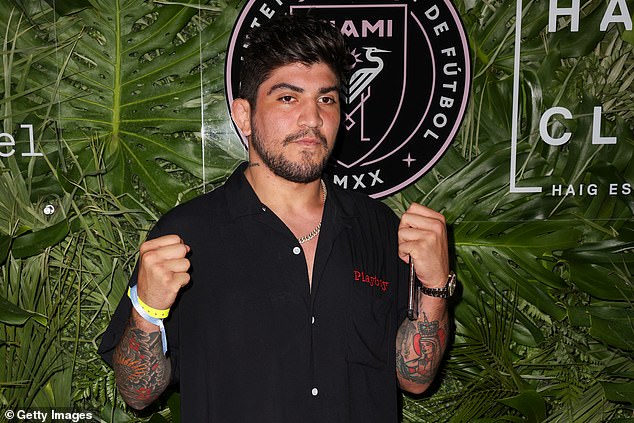 Dillon Danis PULLS OUT of his grudge match with KSI