DANIEL MATTHEWS: The biggest crowd in British boxing history found its voice on Saturday… 94,000 fans stood for the coronation of Tyson Fury as the Gypsy King’s uppercut reverberated through every soul inside Wembley

By Daniel Matthews For Mailonline

All of a sudden, a constellation of light broke through the darkness that had gathered over Wembley. Tiny dots, beamed from mobile phones, appeared up in the Gods, down at ringside, and all around this vast cavern.

Before long, Jaws‘ menacing siren had gathered pace and boxing’s Lone Wolf howled into the London sky. Dillian Whyte had emerged and the biggest crowd in British boxing victory had found its voice. Just in time for a rendition of American Pie.

Not since the pre-war days had a fight in Europe sold this many tickets. And these 94,000 well-oiled supporters needed no second invitation to ‘rise for the Gypsy King’ as he sat upon a throne, ran towards the ring and then unleashed an uppercut that reverberated through every soul inside this stadium.

A total of 94,000 supporters thronged the famous arena to see Fury dismantle his challenger

No matter, apparently, that the spectre of bounties and alleged mob boss had stalked this fight.

No matter, either, that Fury and Whyte had threatened to suck the life out of Wembley over five messy rounds. With one shot, the electricity returned. After that, the only boos came when Fury teased retirement.

‘From the bottom of my heart, thank you so much to every single person who bought a ticket,’ he said.

They had tumbled out of trains, down on to Wembley Way, past the resident preacher and the concrete sprawl, many hours before the sun set and the first bell sounded.

At that point, there were no flying fists or bottles, no pyrotechnics near private parts, none of the chaos and carnage of last summer.

Not that the authorities were taking chances. Loudspeakers announced a drinking ban in the stadium’s vicinity; lines of police officers were dotted en route to the stadium; litters of dogs sniffed for cocaine as part of a bloated security operation.

Three times Sportsmail was stopped out of concern that a coffee can might contain alcohol. Overkill? Perhaps.

A constellation of light broke through the darkness , with tiny dots beamed from mobile phones, up in the Gods, down at ringside, all around this vast cavern as Fury made his ring walk

But this was their biggest task since all the drink and drugs and disorder of the Euro 2020 final.

During Kell Brook’s recent victory over Amir Khan in Manchester, meanwhile, the crowd trouble spread to the posh seats housing Phil Foden and his family. No surprise, then, that ringside was awash with fluorescent jackets.

Less so up in the Gods, where the noise swelled after the arrival of Tommy Fury – and the first sight of his –half-brother on the big screen. It was a slow burn thereafter.

The sparse undercard didn’t help – rarely have so many gathered to watch so little action.

Not even the final bell of the final support act interrupted the hum that had begun to roll around Wembley.

But then the ring cleared, those lights began to shine and the coronation got under way.

NBA at 75: When the Denver Nuggets shocked the world 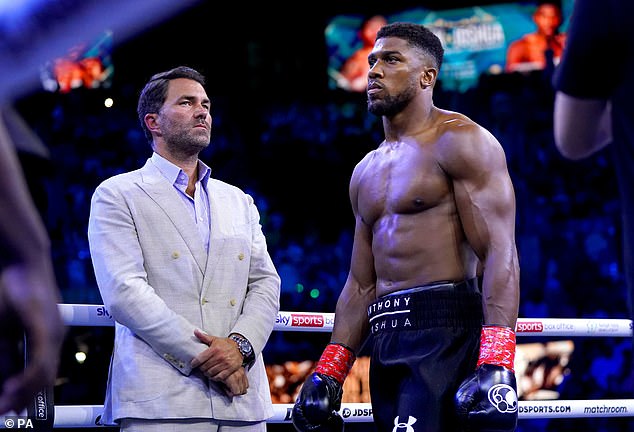 5 offseason moves the Chicago Bulls have to make