By Oliver Salt For Mailonline

Joseph Parker and Joe Joyce are set to collide in a fascinating heavyweight showdown this summer, it has been confirmed.

Both men are on the cusp of potential world-title opportunities; with Joyce currently ranked as the WBO’s No 1 contender and Parker at No 2.

The winner of their bout in the summer could receive a mandatory shot at WBO champion Oleksandr Usyk, who also holds the WBA ‘Super’ and IBF straps, at some point over the next year.

Before Tyson Fury and Dillian Whyte’s battle at Wembley for the WBC championship, promoter Frank Warren announced Parker and Joyce’s clash, which he expects to happen in July.

‘These two giants are going to fight each other to see who’s the best giant,’ Warren said on BT Sport.

‘This could be a great fight between the two of them; we’re looking to put it on at some point in July.’

Parker, who previously held the WBO title for two years, came unstuck when he met unified champion Anthony Joshua in 2018 and then suffered defeat against Whyte later that year.

The New Zealand fighter has since rebuilt with six straight victories, nevertheless, including a pair of wins over Dereck Chisora.

‘It’s been brewing for a while now — we’re nearly done to agreeing the fight,’ Parker said about his upcoming bout against Joyce.

‘We’re so close — we just need Frank to sign the contract and then we’re on. I’d love to fight Joe Joyce.’

Joyce, meanwhile, is undefeated in his 13-fight career and recently claimed impressive wins over Carlos Takam and Daniel Dubois.

The 36-year-old added on his meeting with Parker: ‘It’s going to be made now, it’s almost there. I’m really excited to get the party started and to get in there.’

Joyce, meanwhile, has won all 13 of his professional bouts and is the WBO’s No 1 contender 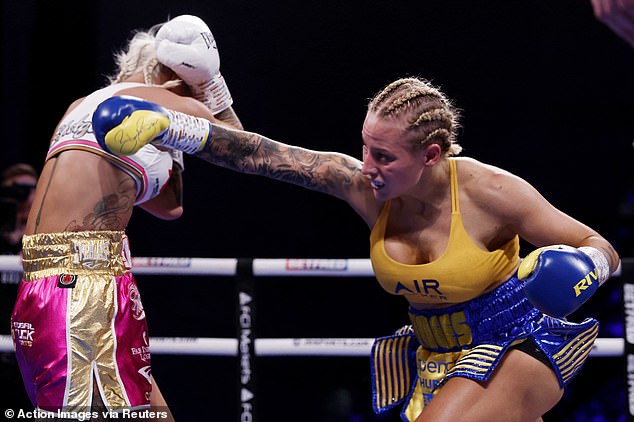